“Some place where there isn’t any trouble… do you suppose there is such a place, Toto? There must be. It’s not a place where you can get to by a boat or train. It’s far, far away. Behind the moon, beyond the rain.”

Is there a place where there isn’t any trouble? In The Wizard of Oz, Dorothy – played by Judy Garland (1922-1969) – sings us an answer: “Somewhere over the rainbow…” Over the Rainbow dates from 1939, becoming one of the most famous songs in movie history. The message feels familiar even today. Surely many people have spent the last year longing for a better place. Yip Harburg (1896-1981) wrote the lyrics to Over the Rainbow and Harold Arlen (1905-1986) composed the music. Judy Garland kept the song in her repertoire all her life, and other artists have sung it with varying success. The version by the Hawaiian singer Israel Kamakawiwo’ole (1959-1997) in 1993 was an absolute hit, and more recently (2017) the American Ariana Grande (°1993) sang the song at a benefit concert in Manchester in a version heard by millions of listeners on various media channels.

The Japanese composer Toru Takemitsu made an adaptation for solo guitar in 1974 that was published a few years later in the collection Twelve Songs for Guitar (1977). Is it because he composed more than a hundred film scores himself that he was able to capture the atmosphere of the original song so poignantly in an instrumental version? At the beginning of his career, Takemitsu distanced himself from his Japanese cultural roots. He was mainly inspired by European composers such as Debussy and Messiaen. From the 1960s onwards, he became increasingly fascinated by Japanese music. That led to a personal idiom emerging: not simply a combination of East and West, but an extremely refined musical vocabulary. “My music is like a garden and I am the gardener”, he explained. “You can compare listening to my music to walking in a garden and experiencing changes in light, pattern and texture.” In his adaptation of Over the Rainbow, you really do hear fragments of the song in constantly varying patterns, in an atmosphere of nostalgia and hazy dreams.

The Hommage à Chopin by Alexandre Tansman (1897-1986) reveals another nostalgic gaze. It is a memory of a legendary compatriot, a composer whose relationship status with his homeland certainly qualifies as ‘it’s complicated’. Early in his career, Tansman decided to move to Paris because he did not feel at home in the conservative surroundings of Poland, where he was born. He achieved great success in the avant-garde milieu of the 1920s and 1930s. His aversion to his homeland grew, and furthermore his music was banned in Poland from 1938 onwards because of his Jewish heritage. Tansman gave up his Polish citizenship and became a French national. However, France was not safe in WW2 either. He fled to America, returning to France in 1946. From 1956 onwards, he did establish new links with the country of his birth.

Despite his complex relationship with Poland, Tansman made regular references to Polish culture in his compositions. “We can’t just erase the cultural traditions and the memory of the environment where we grew up”, Tansman explained. “Whether or not my music is known in my home country, I belong to Polish culture. I’m a French citizen, but that doesn’t change my artistic affiliation that has always been manifested in my music.” This was expressed literally in the form of quotations from folk music, or more indirectly through a nostalgic, melancholic character that Tansman perceived in Polish music, or with references to Polish masters such as Chopin. The titles of the three movements in the Hommage à Chopin, – Prelude, Nocturne and Valse Romantique – are also unmistakeable references to Chopin’s work. Tansman succeeds in turning the idiom of Chopin’s piano works into a stylised composition for the guitar.

The life of Mario Castelnuovo-Tedesco (1895-1968) reveals certain striking similarities with that of Tansman. He belonged to a group of avant-garde composers in Italy between the world wars. He was also a successful pianist, critic and essayist. Because of his Jewish heritage, his music was put on the list of prohibited works in 1938. In 1939, he and his family fled to the United States, first to New York and then to California. Like other European Jewish composers, he found work in the legendary Hollywood film studios. Castelnuovo-Tedesco contributed to no fewer than 250 film projects. He fulfilled various commissions, from arrangements of existing music to writing entire scores. In many cases his work was never acknowledged. He was also known as an excellent teacher, with pupils including Henry Mancini and John Williams, who are now legendary composers in their own right. Castelnuovo-Tedesco also wrote operas and chamber music, such as the Tre Preludi Mediterranei (1955). This work for solo guitar is an example of his neoclassical period, in which he refers to traditional forms and Italian culture and history. However he claimed that he “never believed in modernism or neoclassicism or any ism at all.” He believed that above all, music should be expressive. That is the least we can say of his ‘three preludes’. Each movement has its own character: the lovely Serenatella, heartfelt Nenia (lament), and exuberant Danza.

This project was made possible by the donations of many music lovers to AMUZ’ ‘Support Fund for Young Belgian artists’. Find out more

Matthias Vancutsem studied the classical guitar at LUCA School of Arts (Lemmensinstituut) in Leuven and at the University of Wisconsin-Milwaukee in the United States. He has studied with teachers including Raphaella Smits, Antoon Vandeborght and René Izquierdo, and taken masterclasses with Álvaro Pierri, Leo Brouwer, Marcin Dylla and Lorenzo Micheli. He plays a guitar made of cedar wood built by Dennis Tolz. 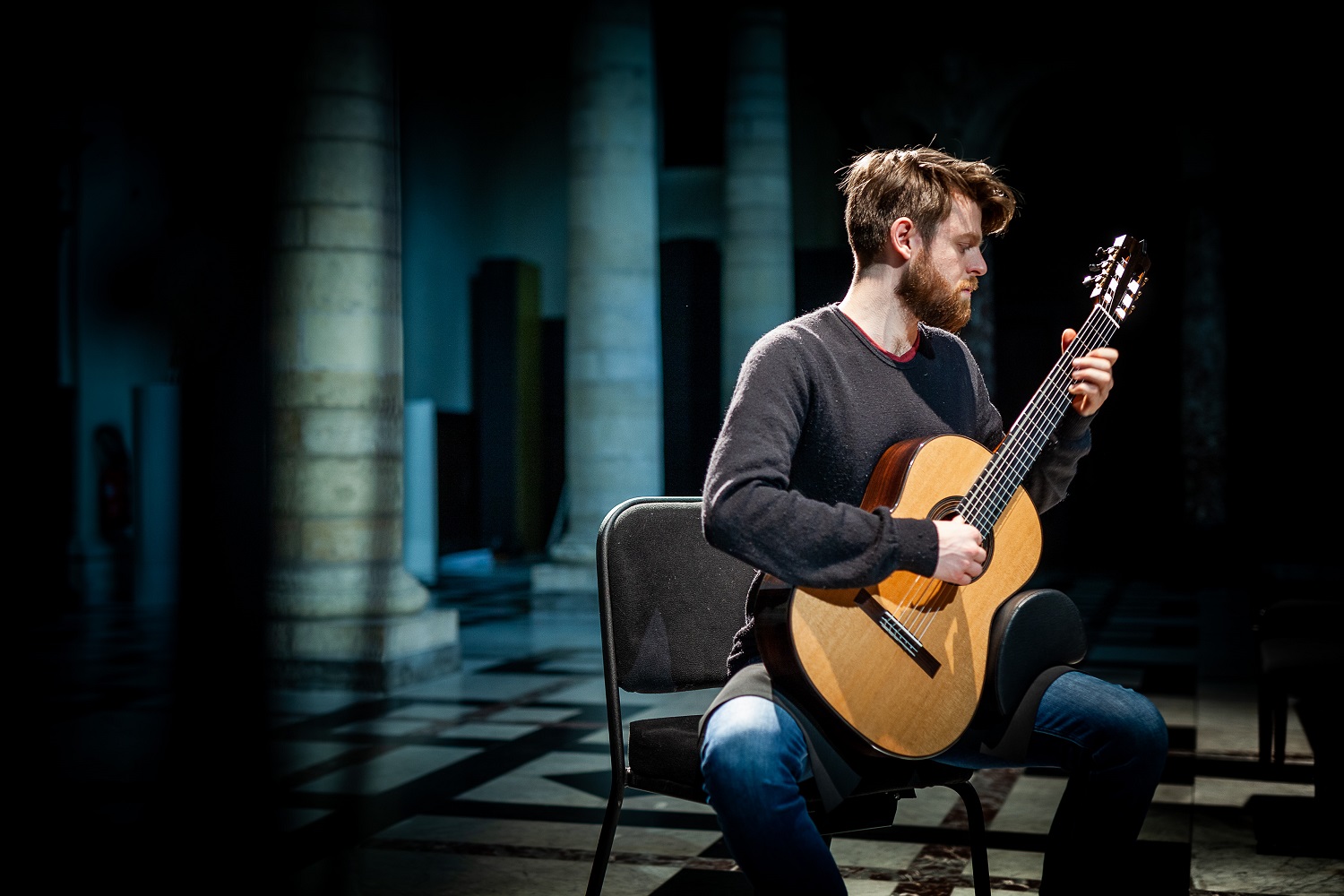 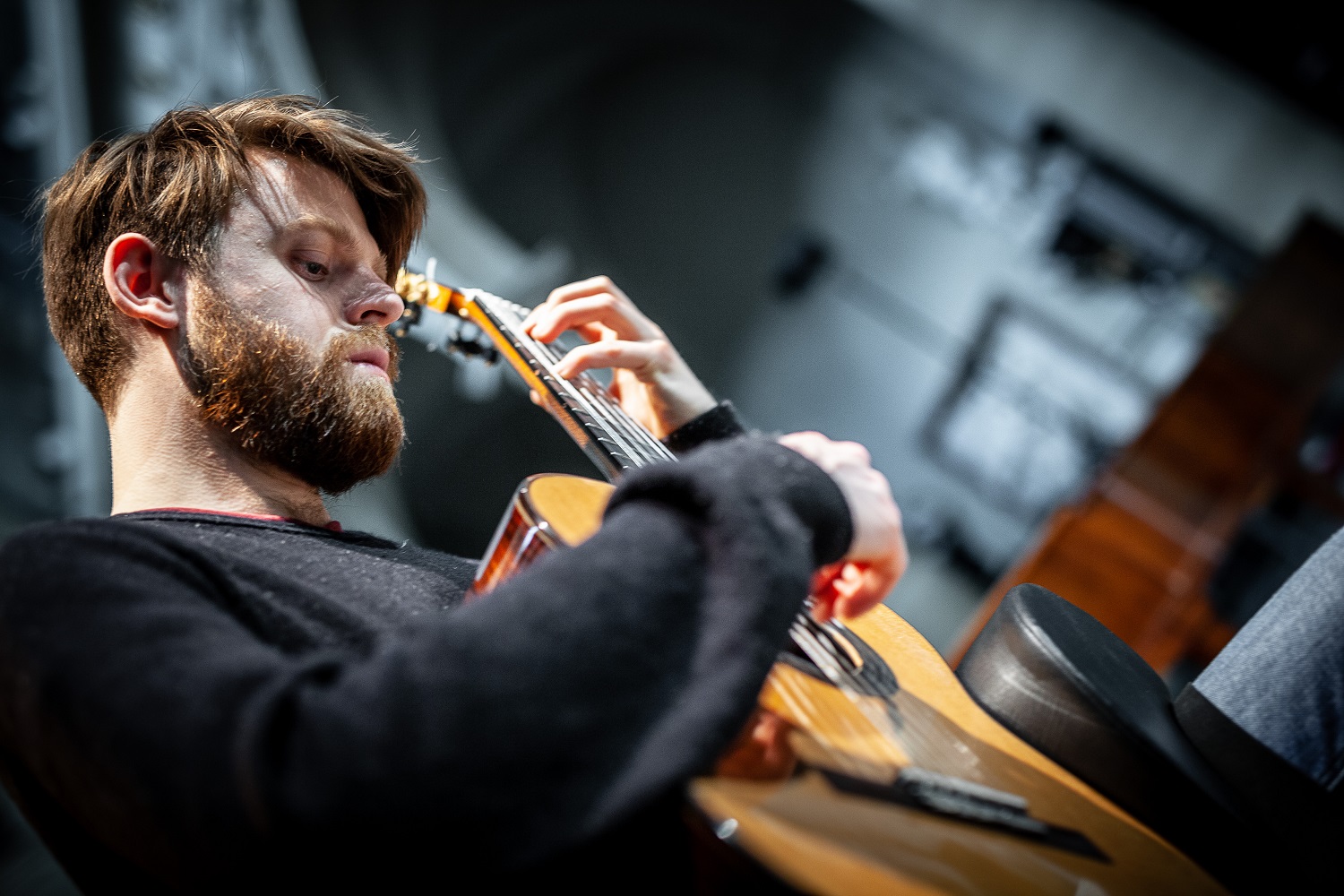 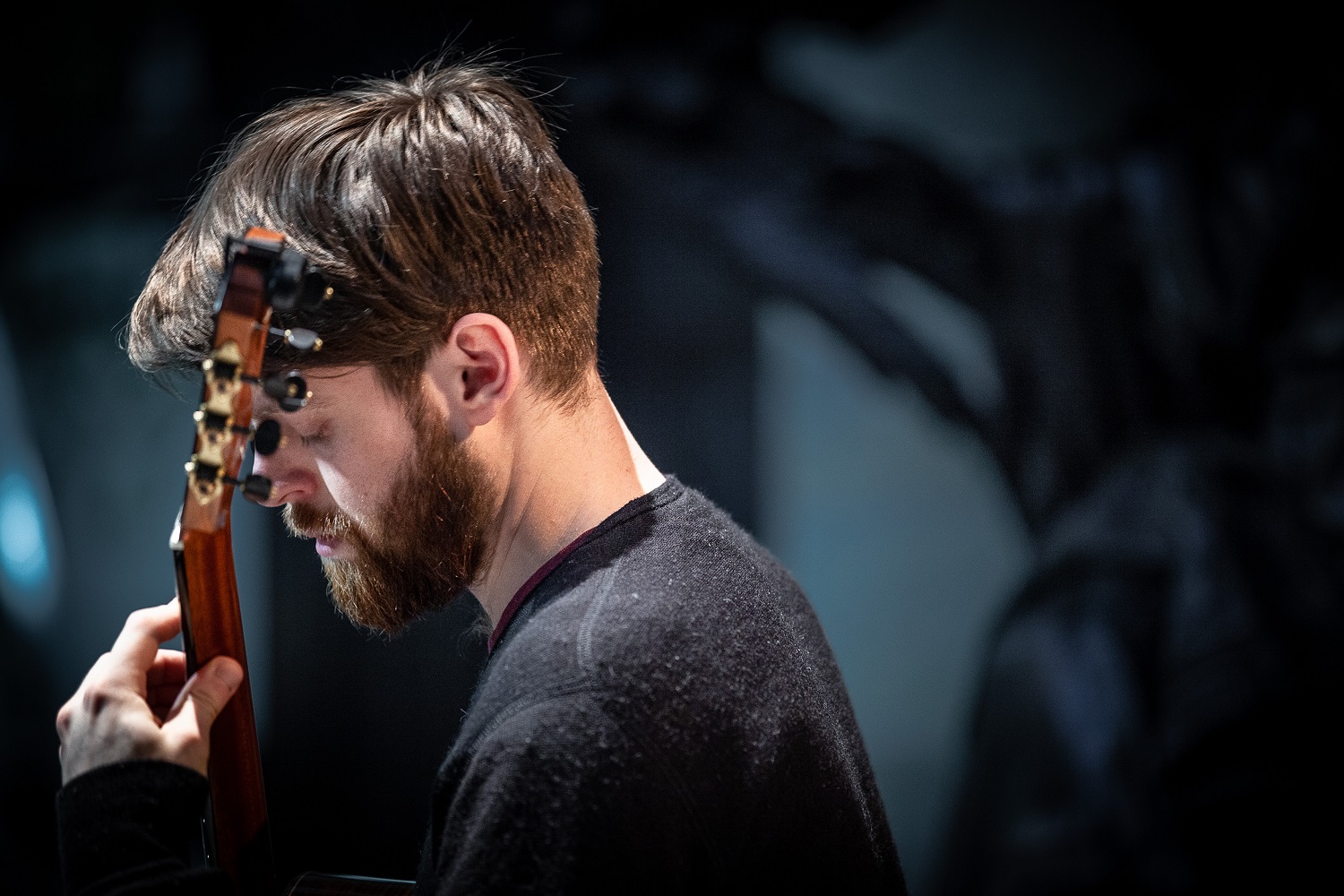