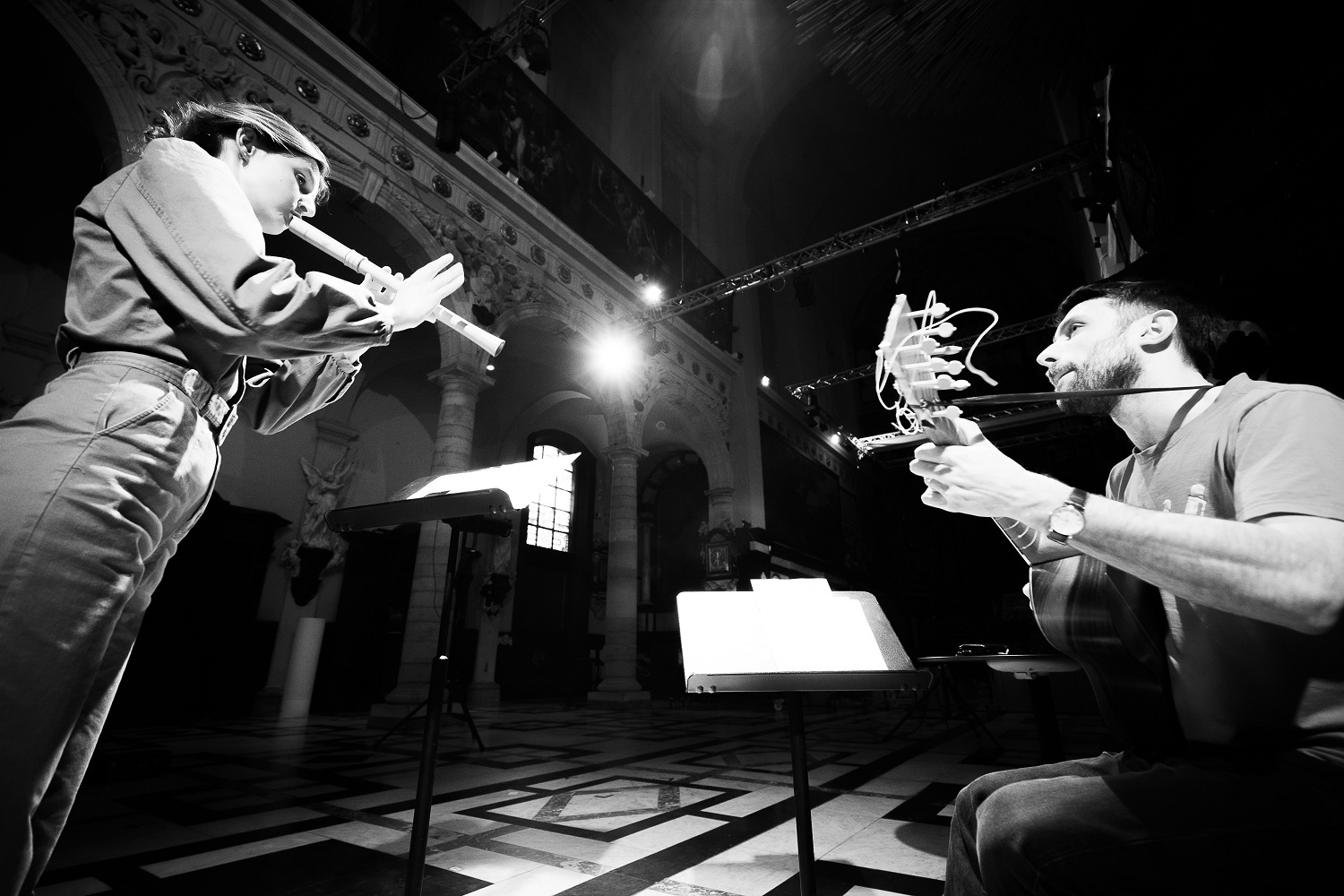 The series of concerts associated with the Support Fund for Young Belgian Artists will conclude with a video concert featuring the recorder in the main role. The recorder player Lieve de Sadeleer will perform work from the Baroque and a composition of her own, demonstrating that the recorder is an extremely versatile instrument. Giulio Quirici accompanies her in the historical repertoire by Jacob van Eyck and Louis Detri.

Bouffons and Laura are two short works from Der fluyten lust-hof, a collection by Jacob Van Eyck (1589/90-1657). The two volumes (1644 and 1646) by the Dutch composer include no fewer than 143 compositions for the solo recorder. Van Eyck was came from an aristocratic family and was born blind. However, he had exceptionally good hearing. “God took from his eye, / But gave back to his ear,” wrote one commentator. In 1623, he moved from his home town of Heusden to Utrecht, where he made a career for himself as a carillon player at the cathedral and various smaller churches. The honorary title “Director of Clockwork in Utrecht” features on several of his publications. His exceptionally accurate perception of overtones enabled Van Eyck to improve the quality of the bells significantly. He was also a talented amateur recorder player who played regularly in the city from 1639 onwards. By way of thanks, the church council offered him a pay rise in 1649, “provided that he sometimes amuses walkers in the cemetery with the sound of his recorder”. The cemetery was already a city park at the time.

Van Eyck did not merely make a sound; he usually improvised on familiar melodies. These improvisations are what he later set down in Der fluyten lust-hof. These works are the culmination of a long tradition of diminutions that dates right back to the Middle Ages. As can be heard in Laura, a melody is introduced and then followed by increasingly complex variations, leading to the illusion of polyphony. In Bouffons, the guitarist Giulio Quirici adds a basso continuo of his own devising to the recorder part.

The other Baroque work in this programme is the Sonata in C minor by a certain Signore Detri. Little is known about the man’s identity; in fact, the sonata is the only known work by this composer. The manuscript is held by the university library in Rostock, where the music library of Hereditary Prince Frederick of Württemberg (1698-1731) is preserved. The bassoon player Louis Detri, described as “guth und fleissig” (talented and hardworking), worked at the court chapel in Schloss Ludwigsburg from 1727 to 1732. So the sonata is likely to have been written by him; after all, musicians at the time often played more than one instrument.

The Württemberg court followed French fashions for many years, but it broke with this trend in 1717. An Italian Kapellmeister was appointed – Giuseppe Antonio Brescianello (1690-1758) – and most of the repertoire performed was Italian from then on as well. Detri’s Sonata in C minor also follows the Italian patterns for chamber music. It consists of four movements with an alternation of slow and fast tempi (Adagio-Presto-Adagio-Gigue/Presto) and brings out the best in the recorder in many ways. The fast movements require virtuoso dexterity. Conversely, the slow movements seem little short of a vocal opera aria for an instrument.

De Sadeleer is both a recorder player and composer. She is exceptionally well versed in the possibilities of her instrument. During her studies at the conservatory, she also learned to decipher the secrets of electronics. Breaking the Routine is a sequel to Routine, an earlier composition in which the music constantly returns to repetitive patterns. Breaking the Routine confronts this system and breaks free from it. In musical terms, the result is an interplay of clicks, stretched lines and crumbling rhythmic structures. The inspiration for her new piece comes from the COVID crisis. We sought peace in nature, but we are now gradually returning to our ordinary lives with all their hustle and bustle. This generates a tension that breaks the routine.

In this piece, De Sadeleer plays the bass, tenor and sopranino recorders. The sounds of these instruments are processed by live electronics, specifically the Ableton Live software program. No samples (pre-recorded fragments of music) are used.
The piece starts with the gentle tapping of the fingers on the finger holes and keys of the recorders. In the first minutes, loopers, delay and beat repeat are used to create a layer of sounds that refer to nature. When the bass recorder comes to the fore, the character of the piece changes. The sounds of the bass recorder are played backwards, stretched and ‘frozen’. A rhythmic pattern emerges from the bass recorder sounds by moving in and out of a buffer. A little later, a hard, rustling layer is heard, breaking the rhythmic pattern – the established routine – until only noise remains. The storm dies down, as it were, as the piece gradually disappears into nothingness.

Not everything in this composition is fixed note by note. De Sadeleer composes the general structure and decides in advance what effects she will use. However, the length of a section may vary from one performance to the next. After all, the effects do not react the same way to different input. This is why no two performances are identical and there is always a degree of unpredictability within the predefined structure.
A deliberate decision was made not to play any melodic lines in this piece. What you do hear is an accumulation of sound fields and colours. This creates a striking contrast with the works of Detri and Van Eyck.

This project was made possible by the donations of many music lovers to AMUZ’s ‘Support Fund for Young Belgian Artists’. Read more. 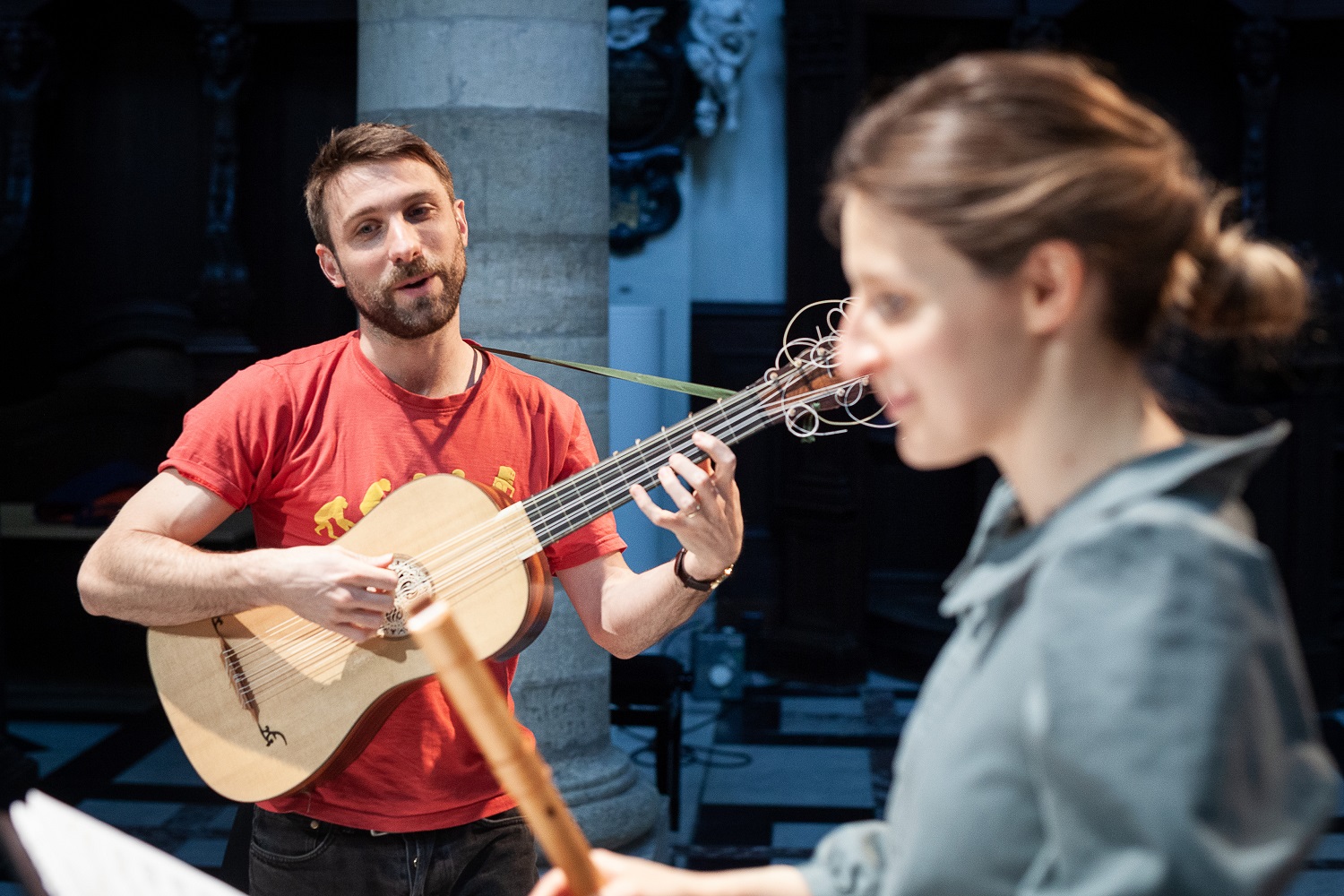 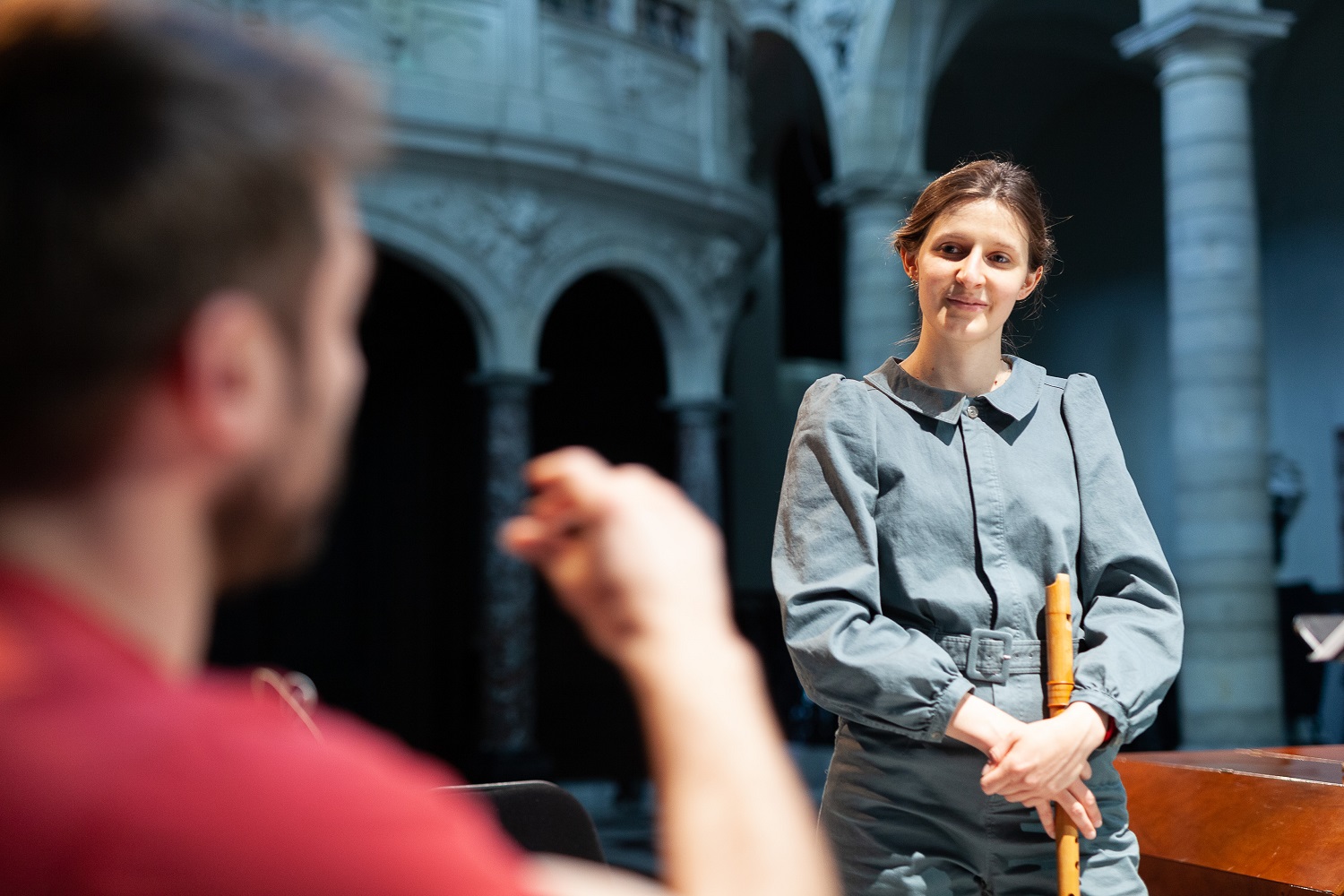 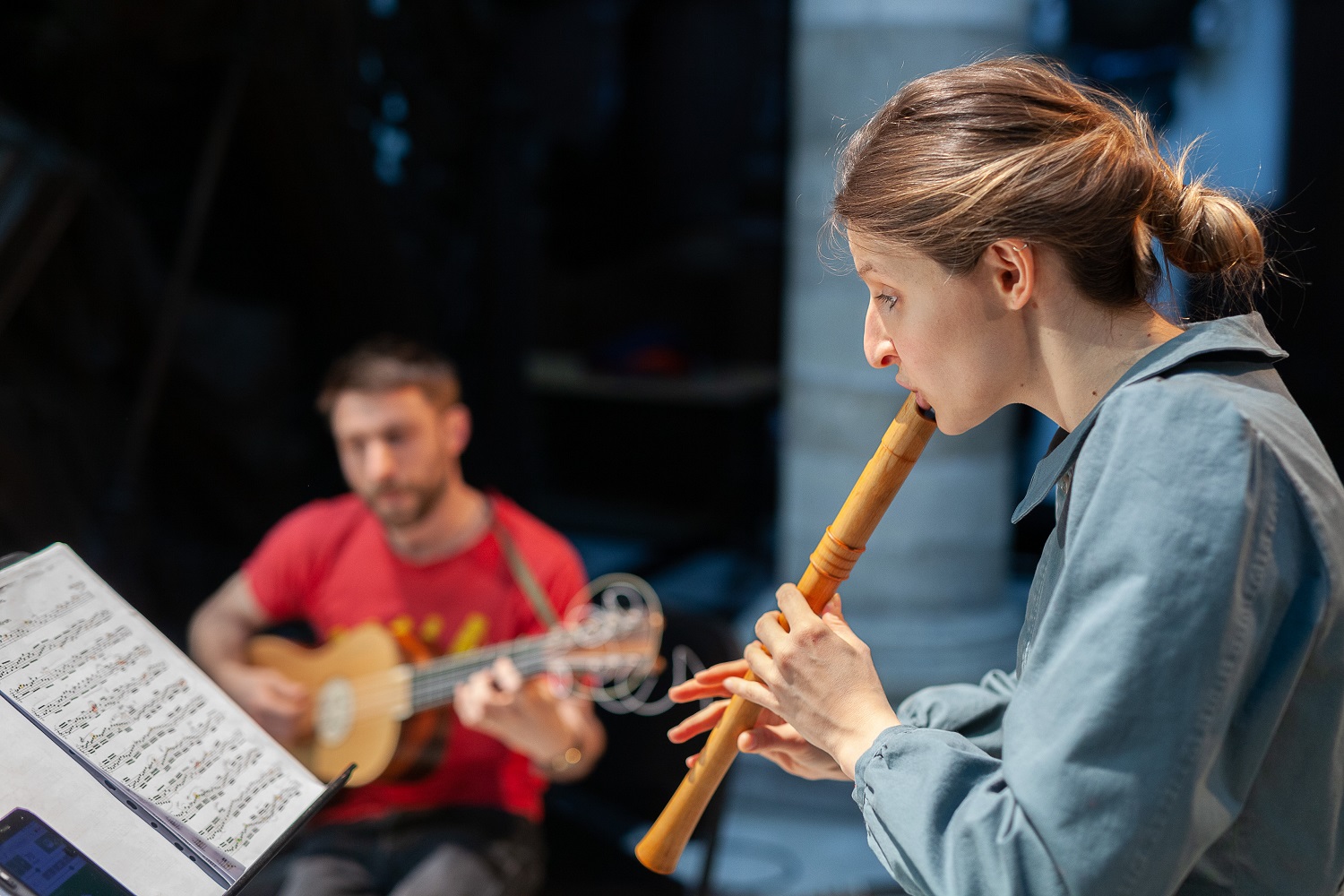