Song cycle on poems from the Tang and Song Dynasties 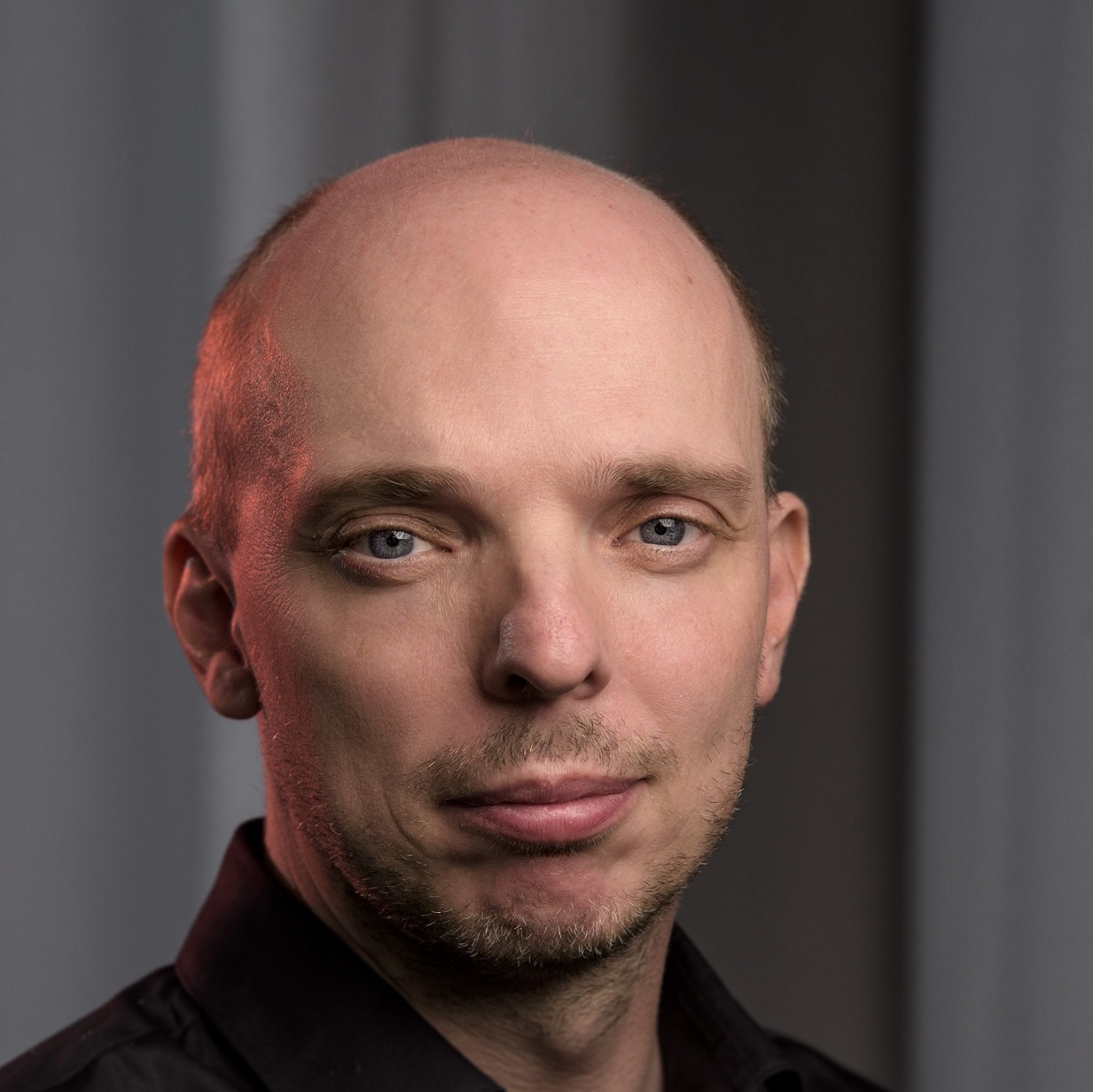 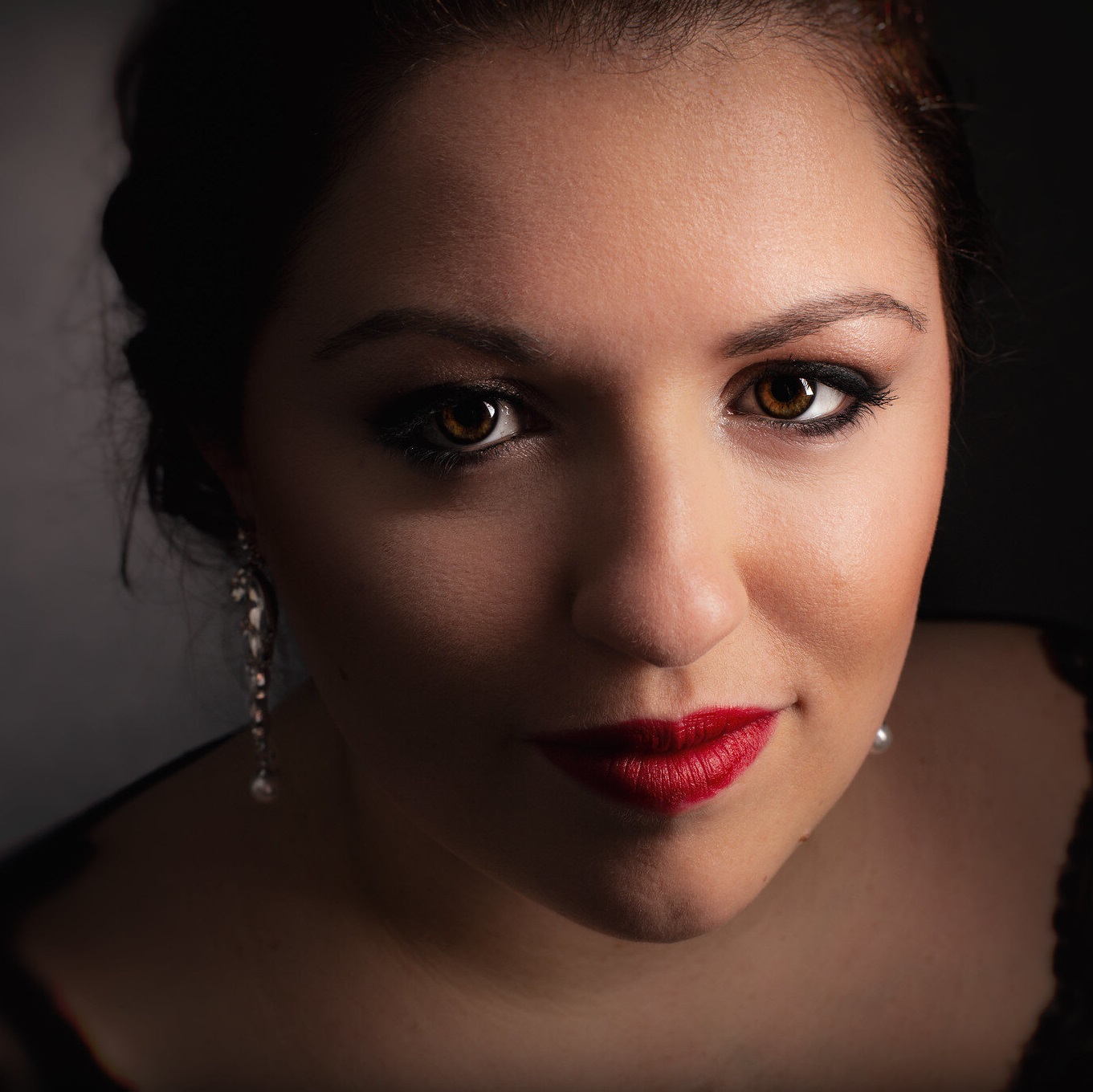 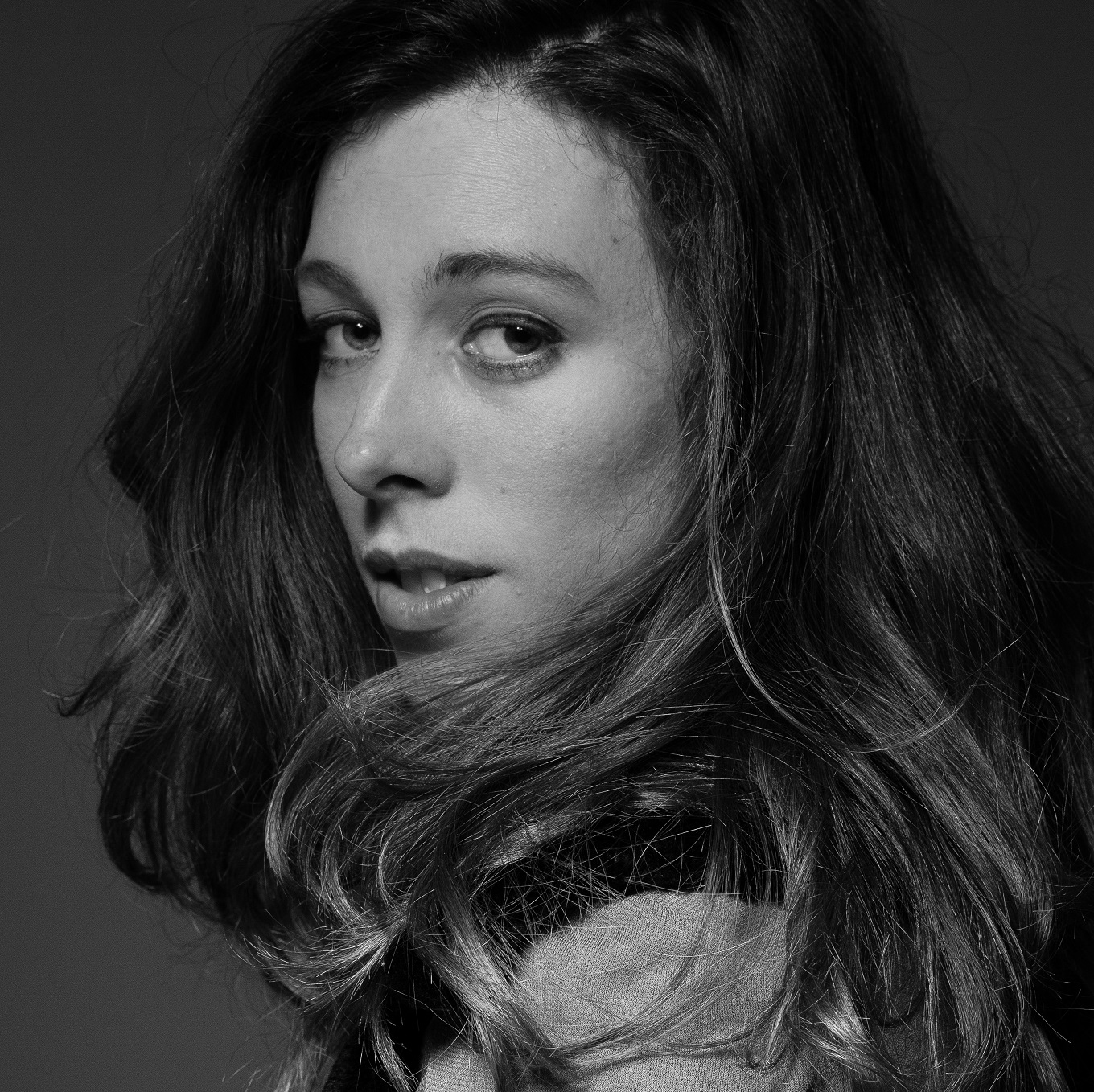 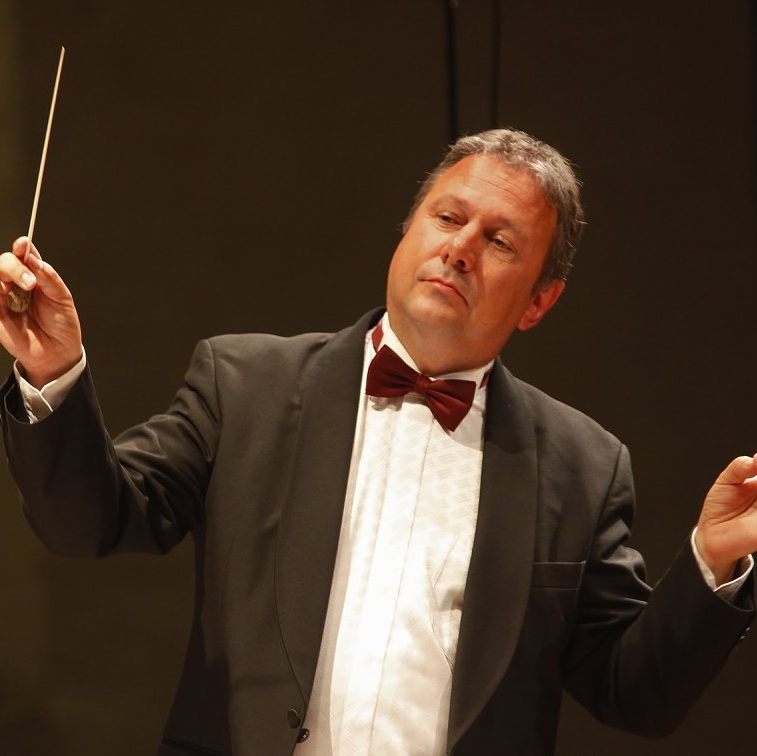 A decade ago, Johan Famaey composed Chinese Memories for the Sangam Ensemble. Johan took a western view at Chinese music and moulded the old Chinese poems into a surprising Wester-Eastern musical idiom. The result is a beautiful song cycle in which the grandeur of the opera, the intimacy of Lied, and moving cinematic music are mixed with a pinch of Chinese tradition. It provides an unforgettable musical – literary encounter!

Meng Hao Ran 孟浩然（689- 740)
The oldest writer in this cycle of poems lived during the Tang Dynasty (618-907), which heralded the beginning of the golden age for Chinese Poetry. There were 2 forms: a free form and a strict form. The poem Chun Xiao (春晓 – The dawning of spring) falls under this strict form: it is a rhyme with 5 characters per line and 4 lines. Both forms are called the shi style. The shi style developed from the song form of the Han Dynasty (206 BC – 220) and is the most important form of poetry. They are mostly occasional poems with a high degree of importance in unity of situation and feelings.

Li Yu 李煜 (937-978)
Later during the Tang Dynasty a new genre emerged. New poems were set to traditional melodies. This is called the ci poem. In Chinese, ci (词) means word. The ci poem is complex in nature and flourished during the Song Dynasty. The most important representative of Tang ci poetry was the last Tang emperor, Li Yu (李煜). Ci poetry are new lyrics, based on an existing song. The titles of these poems refer to the original melody, but the words of the poem itself are new and have no substantive relationship with its title. The new poems fit the original melody perfectly. This technique is called contrafactum, in Chinese cipai (词牌). The original melodies are usually no longer known. The poems Yu mei ren (虞美人 – The attractive lady), Wu ye ti (乌夜啼 – The crows crowing in the night), Xiang jian huan (相见 欢 – A happy meeting) and Lang tao shao ling (浪淘沙 令 – The waves wash the sand), date back to the time when the Song Dynasty (960-1279) brought an end to Li Yu’s rule. He and his family were captured and taken to the new Song capital of Kaifeng. His work reflects his sorrow for the loss of his empire. Themes in his poems are love, history and philosophy. Li Yu was eventually poisoned by Song Emperor Taizong in 978 for disguising the destruction of his empire and the mistreatment of his wife by the Song Emperor in a poem.

Su Shi 苏轼 (1037-1101)
Chun Xiao (春宵 – Spring night), Ding Feng Bo (定 风波 – In the storm) and Yin Hu Shang Chu Qing Hou Yu (饮 湖 上 初 晴 后 雨 – Drinking by the lake in sunny and then rainy weather) are written by Su Shi. Su Shi was known, not only for his poems, but also for his travel literature and details of the iron industry in 11th century China. He was also an important statesman of the Song dynasty. He was governor of Xuzhou. Because he dared to criticize the policy in his poems, he was banished to Huangzhou. During that period he began to meditate. His best poems stem from this time.

Li Qingzhao (1084-1151)
Li Qingzhao was a Chinese writer and poet and is considered by many to be the first famous female writer in China. Her father was a friend of Su Shi. Before she married Zhao MingChen in 1101, her poetry was well known in elite circles. Both loved poetry and often wrote poems for each other. Her poems from that time are characterized by elegance and reflect her carefree days as a woman of high status. She never recovered from the death of her husband in 1129. Her poems are Ru meng ling (如梦 令 – Like a dream) and Sheng sheng man (声声慢 – Slow sound). During the Song Dynasty, two forms arose within the ci style: Su Shi applies the shi style themes, this is called Haofang Pai (豪放派): Heroic-unattached Style, the representation of the feelings of the male poet. Li Qingzhao writes in the Wanyue Pai (婉约 派): Gracefully Suggestive Style: poems about heartbreak and transience.

Johan Famaey
As a teenager, Johan Famaey composed and arranged music for the orchestras and choirs he conducted. In 2002 he completed his studies at the Lemmens Institute for organ with Luc Ponet, piano with Veerle Dieltiens, harmony with Carl Van Eindhoven and counterpoint with Hans Vervenne. In 2005 Johan left for Qingdao, China. During his four-year stay he came into contact with Chinese traditional music. This moved him to collaborate with Chinese musicians and composers. He has written arrangements and new music for Yangqin (Chinese dulcimer), Sheng (mouth organ), Pipa (Chinese lute) and Dizi (bamboo flute). Fascinated by Chinese music, he returned to Belgium in the summer of 2009. In 2011 Chinese Memories was composed for and performed by the Sangam Ensemble. The lyrics are poems by poets of the Tang and Song dynasties and are among the most important representatives of poetry in ancient China. In 2019 Johan won the Verdi Keurmerk and Cantabile composition contests. His compositions are published by Metropolis Music Publishers.

Jolien De Gendt
In 2009 Jolien De Gendt obtained her masters degree in singing at the Royal Conservatory in Ghent, where she was taught by Gidon Saks, Marcos Pujol and Mireille Capelle. She was then selected for the postgraduate course at Operastudio Vlaanderen (now the International Opera Academy). She recently sang the Queen of the Night / Die Zauberflöte in a production of CloseOpera and the role of Nadia in Léhars La veuve joyeuse with Brussels Philharmonic conducted by Hervé Niquet (in Flagey and Concertgebouw Bruges). During the 2019-2020 season she played the role of Solveig / Peer Gynt (Grieg) in Concertgebouw Brugge with Brussels Philharmonic conducted by Stéphane Denève, as well as the soprano solo in Verdi’s Messa da Requiem at BOZAR in a production organized by international choir association A Chœur Joie . (postponed to September 2021 due to Covid-19). Jolien De Gendt has been a member of the Flemish Radio Choir since 2006 and regularly sings solo parts for them (a.o. conducted by Eric Whitacre, Klaas Stok, Hervé Niquet, Stéphane Denève, Dirk Brossé, Ken Burton, Stephen Layton). Since 2018 she has been project manager of her own singers collective, the Ghent Singers. During the pandemic of 2020, she took the opportunity to be coached by world-class singers such as Kathryn Lewek (Metropolitan Opera, Washington National opera, Bavarian State Opera, …), Lisette Oropesa (Metropolitan opera, Teatro la scala, Madrid) and Jessica Pratt (La Scala).

Annelies Van Hijfte
Soprano Annelies Van Hijfte studied at the School of Arts in Ghent in the class of Mireille Capelle and Gidon Saks, where she received the Aerens bequest, as well as at the Guildhall School of Music and Drama in London and Operastudio Flanders. She won first prize in the ‘New Tenuto’ en ‘Bell’arte’ competitions. Her repertoire includes roles such as Mimì / La Bohème, Pamina / Die Zauberflöte, The governess / The turn of the screw, Helena / A midsummernight’s dream, Poppea / L’incoronazione di Poppea and Adina / Elisir d’amore. Annelies has worked with directors such as Frédéric Dusenne, Ronny Lauwers, Vincent van den Elschout and Benoit de Leersnyder and sang under the baton of conductors such as Dirk Brossé, Ivo Venkov, Walter Proost and Filip Rathé. Annelies is a passionate interpreter of the Lied genre. Together with pianist Frederik Martens she took part in the Urim masterclasses at De Munt and was coached by artists such as Christianne Stotijn, Anne Sofie von Otter, Barbara Bonney, Roger Vignoles, Miah Persson and Bernarda Fink. Together with pianist Lana Bode, she sang at the Oxford Lieder festival and the Virginia Woolf series in Leeds. She also has a predilection for contemporary music. She created roles in Frank Nuyts’ operas ‘Tongval’ en ‘Chut’, Jan-Willem Van Herpen’s song cycle ‘A lonely mind’ and participated in several contemporary and crossover projects. Annelies initially started out as a classical guitarist and previously obtained a masters degree from the School of Arts in Ghent.

Geert Baetens
Geert Baetens studied clarinet at the Royal Conservatory of Antwerp with Professor Walter Boeykens. He obtained first prizes in solfège, clarinet and the certificate pedagogy clarinet. At the Royal Conservatory of Music in Brussels he studied chamber music and wind and brass conducting with Jan Segers and Norbert Nozy. He also obtained his pedagogical certificate for ensemble playing and instrumental ensemble. In the Netherlands he continued his training with Jan Cober. For symphonic orchestral conducting he took lessons with Avi Ostrovsky. With the aim of obtaining his first chamber music prize, he founded the Geert Baetens Clarinet Quartet in 1989. This award was won with flying colors. The quartet has given numerous high-quality concerts, academic sessions, radio and TV broadcasts.

He was clarinetist with the Clarinet Choir Walter Boeykens and the West-Flemish Youth Orchestra and clarinet soloist with the music band of the Grenadiers. He teaches clarinet, saxophone, instrumental ensemble, conducting, ensemble and concert band at the academies of Hamme and Dendermonde. He regularly performs as a freelance musician. He also contributed to various CD recordings. Geert was also a permanent jury member of the hafabra competitions organized by the province of East Flanders. In July 2006, Geert obtained a Master’s degree in Music at the Royal Flemish Music Conservatory of Antwerp with great distinction. He received the highest distinction for clarinet.

“The musical successes that Meester Baetens achieves with his respective orchestras are probably the result of his consistent approach, his consistent pursuit of quality and musicality and his empathetic pedagogical approach.” 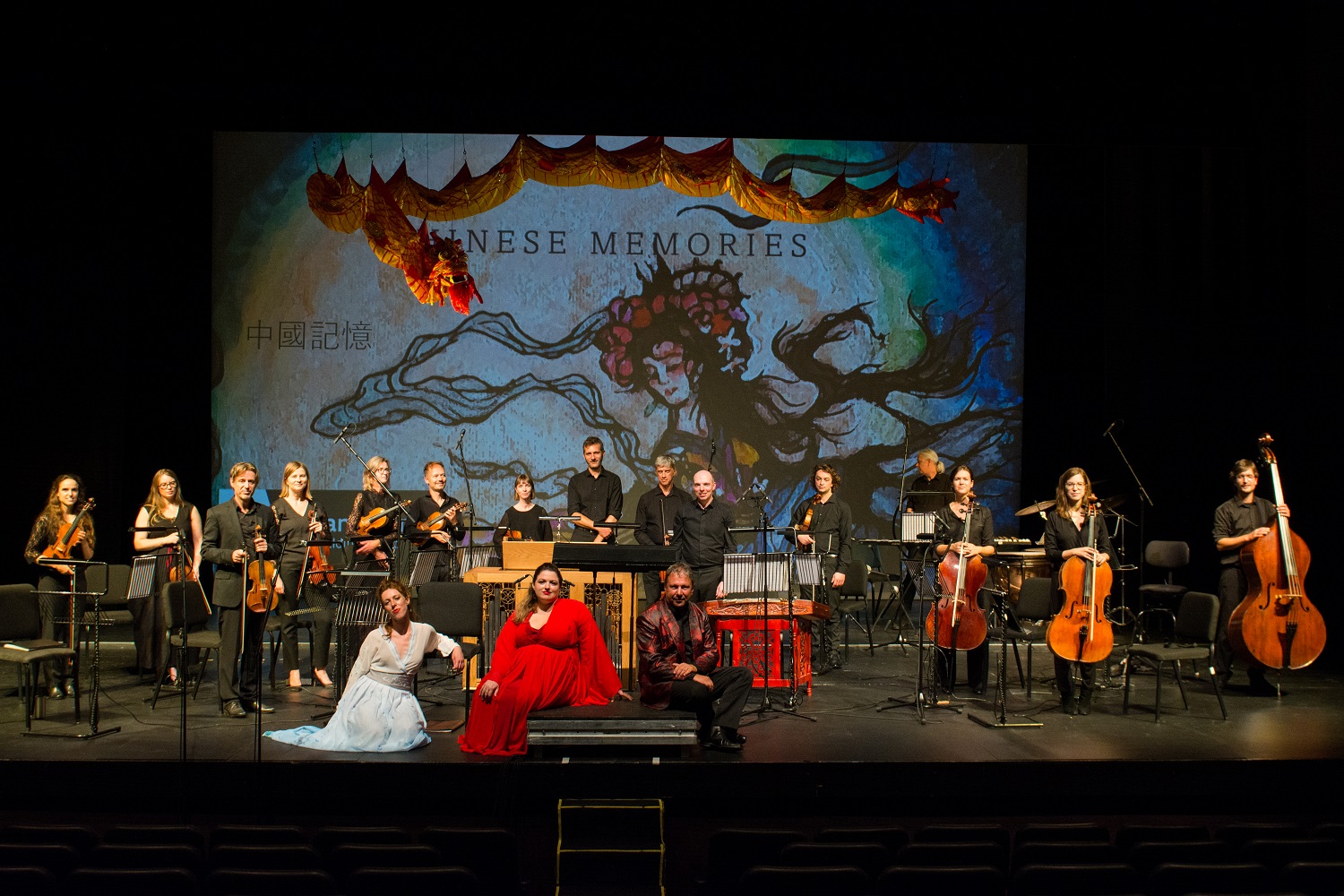